Transcript We’re going to be doing something more tongue in cheek on our next episode by morphing Joe Rogan into a Bili Ape, but it’s indicative of how we’re going to be using 3D models […]

Before we get into the animation, take a look at this halfway mark between Arnold and Zane. This is the unretouched version, before the hair and posing trunks were fixed. The Zane trunks made the […]

Transcript Starting off with Kalecinski’s and Bumstead’s basic leg structure, they both have long legs with good proportions, their femurs are in good proportion to their lower leg bones. If you look at a bodybuilder […]

Seeking out Arnold Schwarzenegger’s ‘advices’, the Little Guy inadvertently became a Pumping Iron fixture. On vacation with a friend, Little Guy walked into what he thought would be a workout at awesome Gold’s Gym but, as soon as he opened Gold’s Gym’s door, he was smack dab in the middle of the even awesomer Pumping Iron movie production led by George Butler, who soon offered Little Guy a role in Pumping Iron and the opportunity to hang out with Butler and the top bodybuilders in the world for two weeks. Little Guy’s famous cameo: here 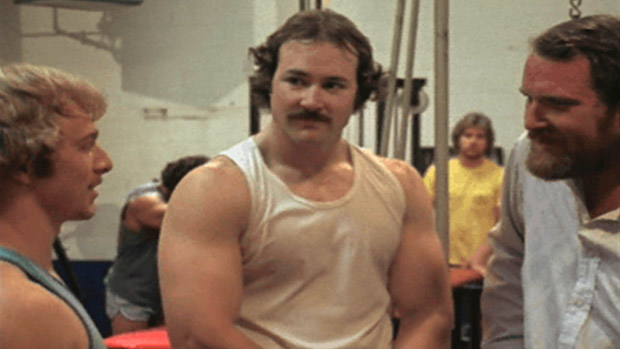 Leave a Reply to Kevin A. Cancel reply