Transcript So what bodybuilders exhibited Reeves level of plantar flexion, and did those bodybuilders also have exceptional calf development? And by the way, increasing plantar flexibility can be done through sitting on your heels in […]

Transcript Steve Reeves arguably had the best calves of his era, stocky all the way down to his ankles. Reeves was in the category of Erik Fankhouser and James DeMelo as far as, not only […]

This makes sense. Tom Platz’s other unparalleled bodypart, in addition to his quad/hamstrings/adductor combo, was soleus. I’m talking soleus, not just calves as a whole. In the video, Platz describes his seated calf static-rep finishing workout, which was primarily a soleus exercise. You do have to be careful with heavy weights and static contractions as there is a danger of ripping the muscle from the tendon. Remember, Platz ripped a bicep which basically put an end to his skyrocketing improvements in the early eighties. That’s not to say that static reps are dangerous but extremely heavy static reps can be. Just use lighter weights and keep under tension longer or make lighter resistance feel heavier. 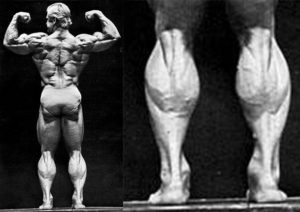 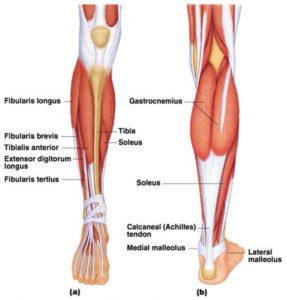 I’m going to tell you some stuff that I never really tell most people. Back in my day everybody did calves like six days a week but I had most success training calves twice a week. With my body type, really intense calf training twice a week proved to be most effective. I did normal calf raises, standing calf raises, seated calf raises primarily, those two major exercises. The one thing I did on the standing calf raise on certain days, and on the seated calf raise, at the end of my workout, I would put slowly and progressively, as many plates as possible. Joe Gold made a special seated calf machine, extended the bar so I could put ten 100 pound plates or fifteen 100 pound plates. My goal was to just hold the weight at the end of my workout. Many workouts I would just hold the weight, not up high. not real low,but in the middle. I would just hold it. Imagine just holding 1000 or 2000 pounds at the end of your routine, just holding it still until I could barely hold it. I’d have some of the monster guys in the gym push on it barely, watch me, stay close to me. As soon as I felt like it was getting too much and my tendons and ligaments couldn’t handle the tension, I would say “Take it now!” and they took it.

My message to you is that the static rep, the partial static rep, maybe once a week, maybe twice a week at the most, proved to be unbelievable, magic for my calves. I never wanted to get implants. Between getting implants or doing heavy static partial work, the heavy training , hard work, old school training methodology worked best. That’s the actual fact. I don’t think I every said that to a writer in a magazine, I may have, that’ works best for calves for me. One day I would do higher reps prior to that, of course, one day I did real low reps, and I alternated that. But, always, static reps proved to be most effective.